By BestAdmin In Blog on October 4, 2016
No Comments

Saturday, October 1, 2016 dawned with a light drizzle falling and a slight chill in the air.  Event organizers were biting their fingernails worried no one would show.  But, as the clock ticked it’s way toward 12 noon, cars, trucks, and vans started rolling down the drive.  And when the sun popped out around 1pm, everyone was ecstatic.  The music was fantastic.  By 4pm, the wine slushies were flowing, the scent of bacon permeated the air and the crowd was ready to SAVE THE BACON as 22 hand decorated piggy banks were auctioned off to the highest bidder.  There was a pot bellied still pig, a couple biker pigs, a bicentennial pig, a couple patriotic pigs, a blue pig, a Batman pig, and a princess pig, just to name a few.  But the top bid went to the red and white IU pig for an astounding $365.

Sunday started off with the Distiller’s Breakfast in the new Distillery building for all of the Boss Hog sponsors.  Shortly after the breakfast the air was once again scented with bacon (thanks in part to the Elizabeth Lion’s Club frying up bacon for their BLT’s) and the Bacon Princess (with Pig Hat) was out on the lawn selling her little BLT’s  (ironic since the princess is a vegetarian).  Festival goers and vendors all had a great time and everyone is looking forward to next year.  Visit the Elizabeth Lion’s Club’s facebook page for a plethora of pictures.  A few of the pic’s we took are below. 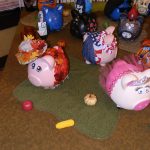 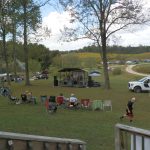 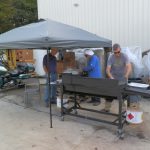 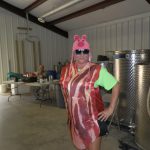 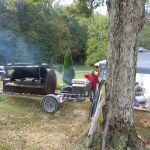 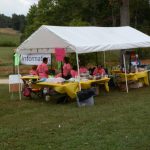 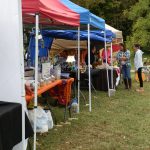 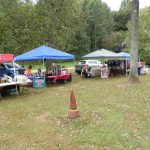 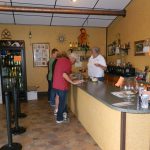